Our work has been focused on establishing new paradigms in multi-tissue stem cell aging, rejuvenation and regulation by conserved morphogenic signaling pathways. One of our goals is to define pharmacology for enhancing maintenance and repair of adult tissues in vivo. The spearheaded by us heterochronic parabiosis and blood apheresis studies have established that the process of aging is reversible through modulation of circulatory milieu. Our synthetic biology method of choice focuses on bio-orthogonal non-canonical amino acid tagging (BONCAT) and subsequent identification of age-imposed and disease-causal changes in mammalian proteomes in vivo. Our drug delivery reg medicine projects focus on CRISPR/Cas9 based therapeutics for more effective and safer gene editing. 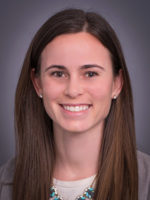 I work on a minimally invasive heart valve repair device called the MitraClip. My role is to supervise a small group of quality engineers who support the manufacturing line, ensuring product quality and compliance.

“In BioE I learned working in teams with highly technical people, understanding the prototyping and design process, good laboratory practices, and problem solving.”